The recent discovery of the importance of our Microbiome (our “friendly” gut bacteria) has served as a critical reminder to medical researchers that the body does not exist as a series of disconnected notes or phrases, but as a wondrous song with many interconnected melodies and harmonies that each play an essential part. Of course, this is what makes the human body so interesting and wonderful, but it’s incredibly difficult to take into account as a researcher. In fact, a lot of good research comes out of being able to tease out the causal relationship between individual factors and their response.

There are few areas where this is more evident than in mental health research. Various studies have linked depression to inheritance, social factors, general health, drugs, alcohol, hormone levels and the list goes on… But unfortunately a physician cannot counter all these different issues. They require complex intervention that amends all aspects of a person’s life, in many cases.

Using the Microbiome in Medicine

Sometimes this can be all too overwhelming. How can we treat something that is no more under our personal control than government legislation? And this is before we take into account the diagnosis. Mental health practitioners cluster certain behaviours under the umbrella of a certain disease type so as to be able to try certain treatments that have worked for people with those conditions in the past. 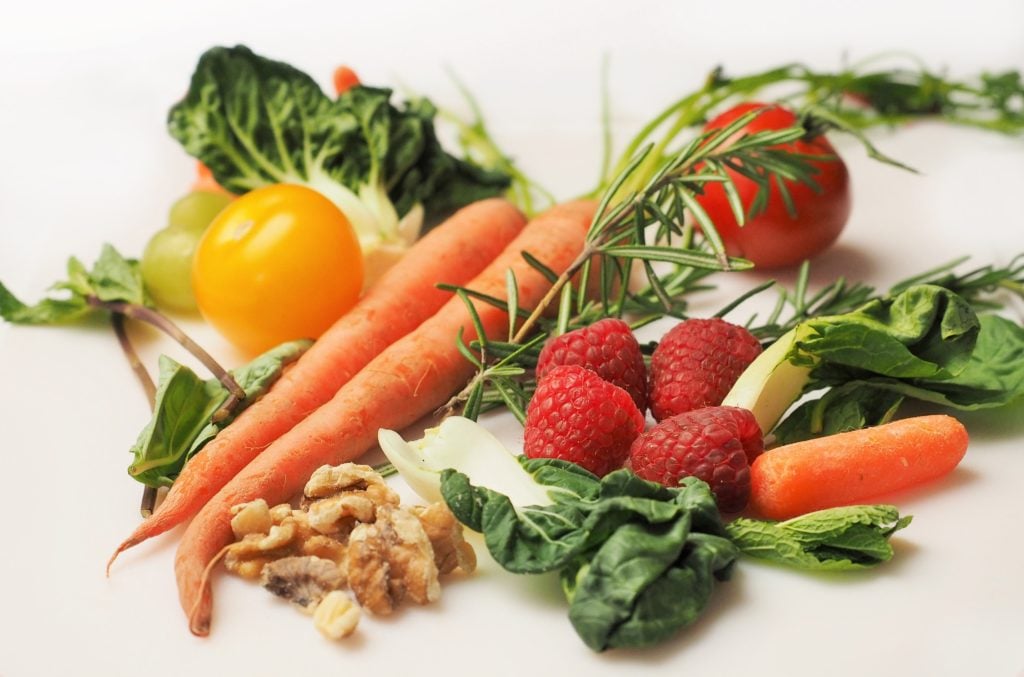 The recent research into the Microbiome has suggested that it may serve as a valuable fingerprint, as another way in which we can identify specific areas in which a person’s body deviates from the “healthy norm”. Using this data we could look for critical changes in bacteria levels that may account for nutritional deficiencies or changes in hormone/chemical levels. And this can all be altered by simply altering what we consume.

This gut-fingerprint would simply mean taking a sample of stool from a patient and analysing the different bacteria levels, and then treating their abnormalities with probiotics or even just bacteria. This has been proven to work by several landmark studies into “faecal transplants” wherein unhealthy mice were given healthy stool to successfully fix various disorders.1

What About Mental Health?

So let’s get back to the original premise. Depression in particular is a challenging disorder to treat because patients are idiosyncratic. Unlike in many disorders, it is hard to tell which treatments would be successful. So what if we could find a potential cause of depression by looking at someone’s poop?(1) 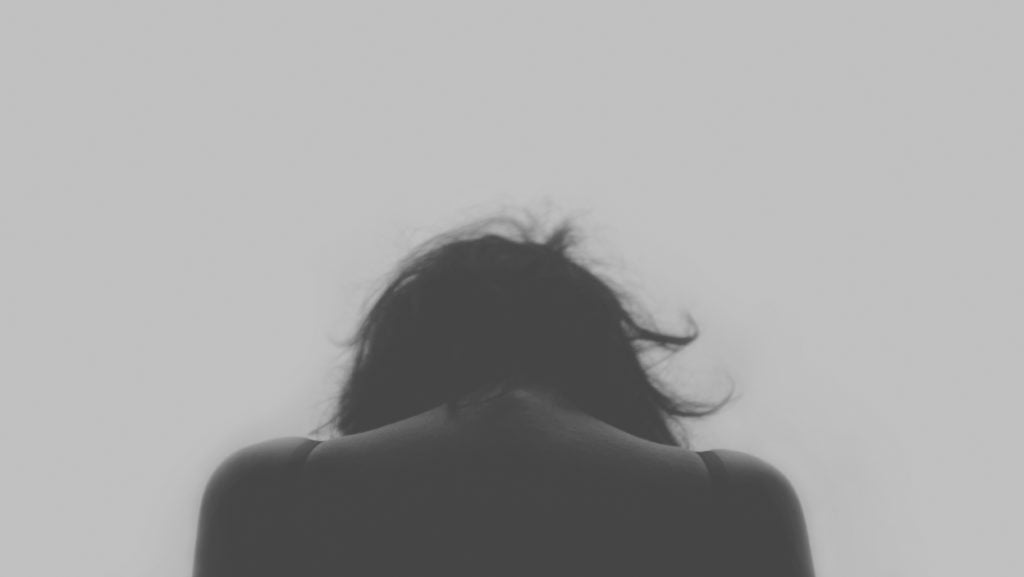 That’s just what has been done by several research groups.(2) Many neurotransmitters (used by our brain to talk to itself and other tissues in the body) are produced by bacteria. In particular, serotonin is produced almost exclusively by our Microbiome in adults (80-90% of the body’s serotonin can be found in the intestines). This means that changes in the levels of the serotonin-producing bacteria of an adult can seriously alter the levels of serotonin in their brain. This link is key because serotonin is a key mood regulator in our brain. Specifically, low levels of serotonin or less receptors for serotonin has been implicated in depression, as well as anxiety, panic and anger disorders.

Other work has implicated the Microbiome in GABA-signalling. GABA action is related to calming nerves and treating anxiety. Mice that are stressed during their pregnancy pass on less of a GABA-secreting bacteria to their pups: and these pups thus have lower levels of GABA.

It’s hard to measure depression in mice, as unfortunately they do not respond particularly well to counselling and certainly will not tell you in detail how they have been feeling since you last saw them. But there are certainly some factors we can look at, such as behaviour. Researchers can clearly see if mice are acting less sociable with their peers. They can also do experiments to see if mice give up on impossible tasks earlier, such as in a test where they are unable to escape a tank of water. Those who give up earlier display a higher level of “behavioural despair”.

Mice that are not exposed to the normal levels of serotonin- or GABA-producing bacteria show adverse effects in these behavioural tests, which are reversed upon application of probiotics. Other research undertaken elsewhere has shown the effects of the gut bacteria Bacteroides fragilis in autism, and how mice with “autistic traits” such as repetitive behaviour acted more normally with probiotics. These results have implications in the treatment of autism.

Research has thus shown that the gut Microbiota are affected by stress, development and diet. In turn (in just this look at mental health) the Microbiota can have an affect on our hormone and chemical levels, which has widespread effects on signalling in the brain. This research has massive implications in the types of therapies we could use in these disorders in the future. Much of what is currently used affects receptors in the brain – whereas these therapies could, in theory, target chemical level imbalances at the source.

Our little bacterial friends, in only the short time in which we have been focusing our research on them, have already proven to have massive effects. I’m sure we can look forward to even more advances in the future!

The evidence for trying probiotic treatments for mental disorders in humans looks good! It could be argued that the evidence for this has existed for a long time, and it has. A lot of the chemicals we use in our bodies originate in our gut, and from food we eat. Approximately 50% of patients with Irritable Bowel Syndrome (a condition that requires sufferers to restrict their diet) have anxiety and depression, and this makes sense.

So why have we not considered this before now? Really, interest in research into mapping the human Microbiome only fully began since the Human Microbiome Project plans began in 2007. Why did we not consider before looking into something that weighs about as much as our brain? It’s hard to imagine, but we have only very recently (within the last century) begun to understand a lot about our bodies, particularly the brain. Medical research has come on leaps and bounds since the 19th century, and it is accelerating.

The problem with mental health research is that, in some ways, it has lost its way. In many disorders we have psychopharmaceuticals and psychiatric therapy, and these two unrelated things are combined. The value of both of these two avenues is indisputable, but they are diverging. Alas, the nature of cross-discipline research does not necessarily end itself to cross-discipline therapy. Practitioners trained in one or the other find it difficult to cross over, or may not even want to. It’s the same as asking a heart surgeon to treat an infectious disease, effectively. But it shouldn’t be. Modern medicine is moving ever onwards towards personalised therapy, where every aspect of a patient should be considered in every aspect of their treatment.

In this way, I see this probiotic research as being a bridge that reminds us of what we already know: that considering the patient as a whole rather than a sum of parts is essential to medical practice.

As a special note for this postscript, I would like to point out that I am a chemistry lab researcher with some experience working in clinical science laboratories and with medics. This article is written from my own knowledge, my own experience, and therefore any alternative views are very welcome!

(1) Michaelides, M., and Hurd, Y. L. (2015) More than a Gut Feeling : the Microbiota Regulates Neurodevelopment and Behavior The realization of the importance of the. Neuropsychopharmacology 40, 241–242.

If you’re interested in more information, please have a look at the work of the researchers at University College Cork and McMaster University, there is some fantastic stuff :D.